I thought I would share these couple of images.

I got asked to install a new oven recently and was shocked at the way the oven had been installed.

The oven and stove had been installed on the same circuit, which had overloaded it and contradicted the manufacturers warnings and instructions. Typical bad electrical work.

What I found at the back of the oven was just plain horrible. Very bad workmanship.

When the electrician had initially installed this oven, they must have found that the junction box and cables was restricting the oven from being pushed completely back into the cupboard space.

Rather than shift the cables and junction box, they just smashed a hole in the back of the cupboard.

In the top photo, I had already disconnected and removed the oven as it was wired so badly. So what you see in this photo doesn’t show the full extent of “badness”!

You might also note the warning on the back of the oven. It says quite clearly, that the oven should NOT be installed on the same circuit as another appliance.

I guess the installing electrician wasn’t able to read this, even though it was in really big writing and on a BIG yellow sticker!!! 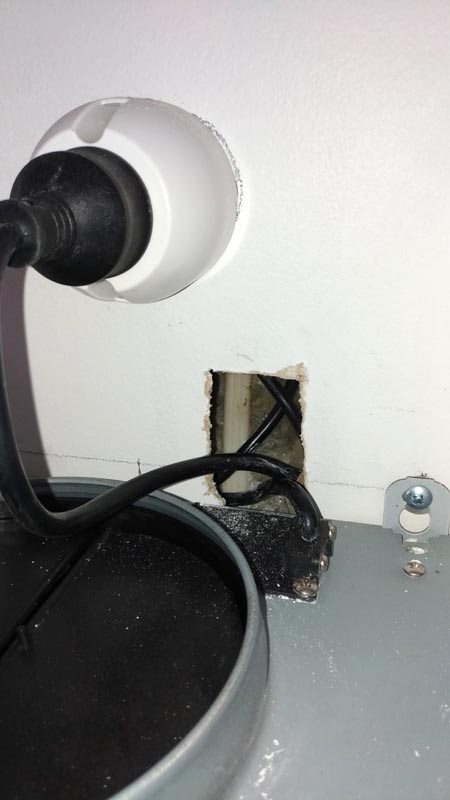 I found this by accident while checking a switch related to the stove/oven shown above.

This is another piece of total crap workmanship done by a previous electrician.

What do you do with excess cable from the rangehood?

Well… According to that idiot electrician, you just cut a bloody hole in the wall and poke the excess cable in!

This sort of workmanship is complete rubbish, and tradespeople that do this sort of crap should be forcibly removed from the trade.

The new repairs to the circuit

and I repaired the cabinetry too – because I have the skills:) 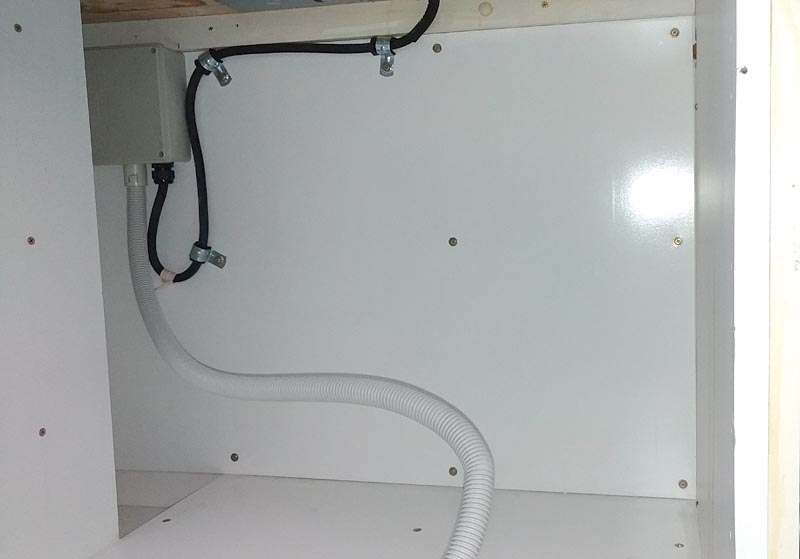 A new junction box firmly attached to the wall, with stove cables properly supported and a gland attaching and sealing the cables to the box (black cable).

The conduit for the oven cables has been correctly installed also with couplings (though no clips as it has to move with the oven when being serviced/removed).

This sort of workmanship is what clients deserve, and most of what I have done is mandatory according to the Wiring Rules.

It’s the way it should be done.

As you can see, I have also repaired the cabinetry with a false back, a new side (on the left) a raised base (with front) and new melamine edging all round. While it doesn’t look like new (it is a 15 year old cabinet after all), it is 90% better than it was.

In life we often say “you get what you pay for”.

While it isn’t exactly clear what the previous electrician charged the client for the oven/ stove installation, they broke the law with this appalling, and dangerous work, and the client has had to make repairs to something that should never have had to be repaired!

Sometimes a cheap and quick job, costs much more than a quality job with a long workmanship.

At the completion of work I undertake…
“You ALWAYS get what you pay for”.

At the completion of this job, I was able to give this client a 10 year workmanship warranty on my electrical work, because I made sure that my work was of the highest standard.

And to top it off, I was able to offer a 25 year parts and labour warranty on some of the equipment I have used.

A double win for the client.

Now I ask you, do you want to pay someone to do a job twice…

It is worth it in the long run! 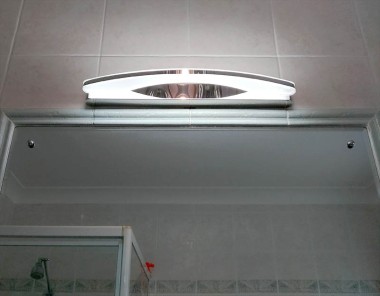 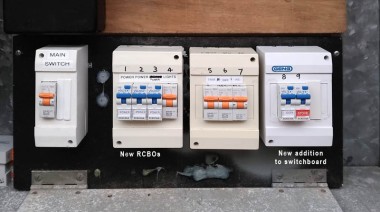 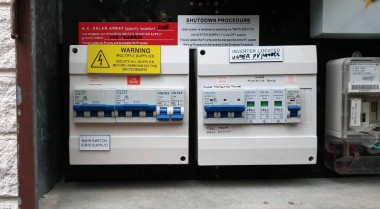 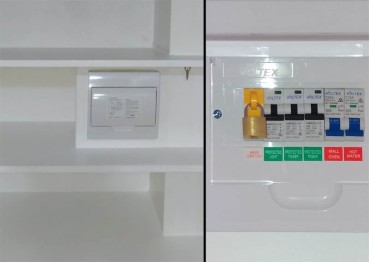 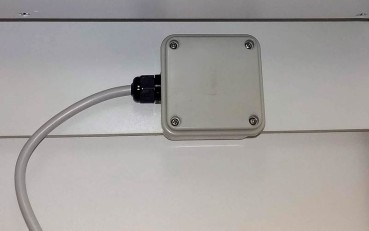 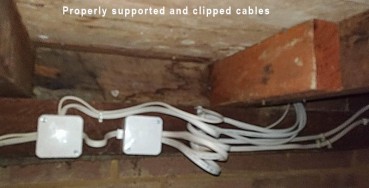